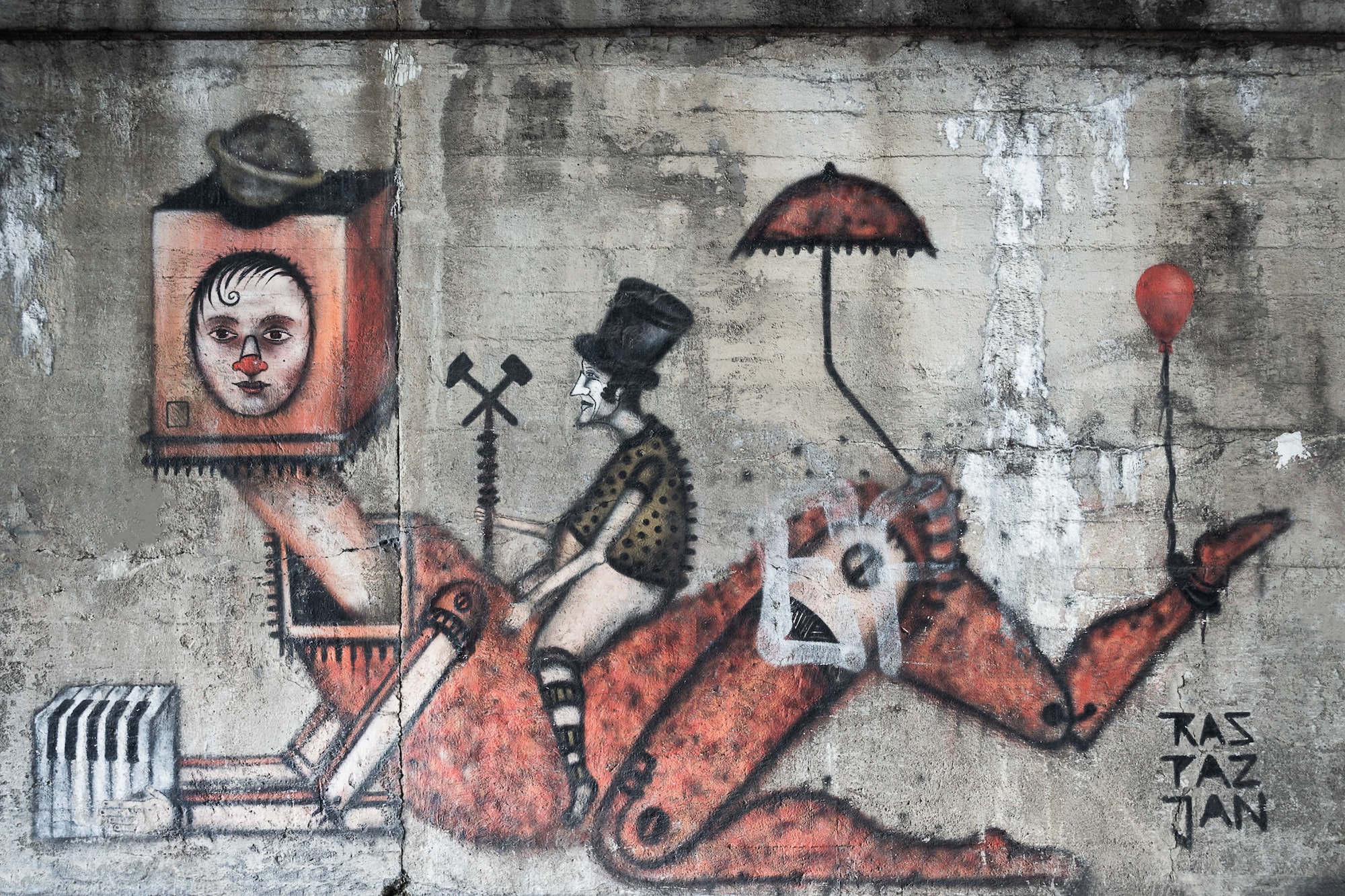 It's great for the younger generations to have this more inclusive atmosphere to explore their identities in. I've been lucky to be on the cusp of that sea change, not in the least because it helped me develop healthy attitudes toward my own identity.

Yet when I reflect upon the people I've known in older generations, often they have struggled through adversity to attain their kinky identity. Whether they've been told it's evil to inflict pain, internalised that it's "wrong" to be attracted to people of the same gender, been ostracised for the role they take during sex, had the cops involved for consensual injuries, needed to hide injuries from doctors, or been assaulted outright.

I would rather celebrate the diverse range of ways people express love and sensuality. I think it's a shame that so many kinksters were muted by society, especially as I'm a queer person who spent most of her life dealing with otherness. Yet that struggle early on in my life is why I'm happy now to identify myself as a weirdo, a kinkster, and a queer person.

Othering is a social phenomenon for labelling certain people as outsiders of the group, and as you can no doubt imagine there's plenty of razor sharp implications for doing so. It's yet another tribalism problem!

Othering is about dehumanising people, and throughout U.S. history it has been a tool for prejudice and power. Xenophobia has driven a significant amount of it, such as with Orientalism and Asian-Americans. Whether we're discussing Japanese internment camps, yellow peril, the feminisation of Asian men, or the fetishisation of Asian women, otherness plays a part.

If you see people as less than human, you can easily self-justify treating them awfully.

In the not-too-distant past, homophobia was blatant and pervasive. Being gay earned you the label of "sexual deviant" and the stigmatisation of the medical community. Gays were perverts, and sub-human, and therefore a threat. Which led to violence against those brave enough to live in the open.

Nowadays through hard-fought struggles sexuality minorities are more accepted. Yet the fight continues, as with the campaign to ban the queer panic defense. Further still, gender minorities still have a long way to go. Look at how contentious trans* lives are, by virtue of existing and being othered by cisnormative culture.

I often view queers and kinksters as being in adjacent spaces because there's often overlap between the communities. They are still distinct, but in terms of otherness they share some common themes.

For one thing, kinksters also faced medical stigmatisation under the same paraphilia umbrella that queers and cross-dressers did. With the advent of the fifth DSM, at least paraphilias are distinguished to be disorders not by the mere presence of an atypical sexual fetish, but instead by the distress caused by it. In other words, it's fine to like what you like as long as you're not upset about it.

Another parallel way kinksters are marginalised is by being seen as sexual deviants that lurk in the dark. They too are treated as a danger, so good luck working in a school system if you openly live as a kinkster.

Ultimately the biggest reason why kinksters and queers overlap in my perspective is because both transgress established cis-het norms. Though some of the edgier kinks often push those boundaries intentionally, whereas queers are usually scrabbling to exist authentically in an unjust world.

To recap, othering is a tool most often used to dehumanise minorities and exclude individuals. The experience of being othered is pervasive in many queer and kinky identities, giving us some shared narratives.

Otherness and Being an Outsider

One common narrative is feeling like an outsider in society, unless you develop a "found family." Until then it may be that you feel awkward in social situations, find that people don't understand you, or feel that you need to mask your "true" self to blend in.

Fitting in can be a big deal for your psyche. Having a support network is vital to daily life, and an important component in suicide prevention. When you're isolated, it's hard to pull yourself out of a crisis and self-care. If you feel like you're a stranger, you're less likely to call on others for help when you need it.

But I don't fit in, and that's just fine!

I'm always acutely aware of that fact that I don't fit into most groups. That I stand out, that I'm different, that I'm weird. How could I not be self-conscious?

Yet at the end of the day, diversity and inclusion are not about changing weirdos like me to fit the mould of normative people. It's about accepting differences.

Finding those accepting people combats loneliness, and you may trust them enough to come to rely on them. It's fine to be different, so long as you're accepted.

Even still I've only infrequently felt wholly accepted. Instead I've been hyper-aware of weirding people out, and spent so long isolated from anyone like me that I've internalised this otherness. I feel like an outsider, even among people who should ostensibly be my peers – people who value me as a friend.

I attribute much of this to feeling like the sole queer person in a heteronormative area growing up. I had a wide range of older family friends who ran the gamut of diversity in many ways, but sexuality and gender was not one. Strangely, kink was well represented among them which probably helped me normalise my own kinks later in life.

The most I had ever heard or seen about queers was that my own mother was very likely on the asexuality spectrum, and one time my father mentioned a woman that transitioned at work. That's it, not even an openly gay couple in our wide network.

To really hammer home this lack of queerness in my early life, along came the internet and the wide-ranging queer communities. I discovered asexuality first, then lesbians who allowed me explore my own chapstick tendencies, and then I fully realised the broad world of gender and sexuality minorities.

I've learned to take pride in being weird, to cherish my strangeness and non-compliance with societal norms.

Still, all that time isolated adds up. Even today I'm infrequently social. I've accepted that it's the way I am, but at times I wish I were more social. Then I could feel less like a stranger surrounded by other people's normalcy.

Celebrating the Creativity of Kinksters

Normalcy is what gives rise to my habit of calling something "mundane." I avoid using it like a slur, and instead more as a categorical descriptor. For example, in my mundane life I'm a married woman with a day job and a handful of unique friends. All typical things that aren't particularly worth mentioning most of the time.

Contrasting the mundane is the vibrant nature of my kinky life. I've found kinksters to be many things; notably to be accepting, passionate, receptive of new experiences, and fun storytellers. Kinksters push boundaries to grow, try new things, and know the value in an experience of mind and body.

I love exploring the bounds of sexuality, sensuality, and mentality via kink. Whether its by planning new scenes, participating in a performance, or reliving past experiences, my day is brightened with each scintilla of passion I encounter.

Different occasions stand out in my memory like beacons: the sting of that time I was whipped, the bizarre thoughts I had when I first slipped unconscious, hearing the sharp intake of my dearheart's breath as I cinched down the rope.

Each kinky experience is something I treasure, and they stick around in my mind in ways that the daily grind fails to. I often don't recall what happened a week ago, since it's overwhelmingly flooded with sameness. Day in, day out, dealing with the routine.

I cherish highlights in my life, many of which are kinky in nature. There are plenty of mundane highlights of course, but those are often reactive rather than creative. Kinky highlights on the other hand are creative endeavours.

Many kinksters actively participate in life, and are engaged in the moment. They shape experiences to be worthwhile whether they do it purely for the sake of performance art, or because they care enough about the people they participate in kink with to make it interesting.

I'd Rather Be Strange Than Mundane

Some days I wish it were easier to fit in socially, for instance if my reserved demeanour were not mistaken for coldness. Or wished that I were more practised in interlocution. Yet when I reflect back at the end of the day, I'm satisfied to not be.

All my life I've felt as an outsider, and I've grown to understand that being weird is fun! I'm unconstrained by expectations. When I weird people out, that's their own problem. I'm here, I'm queer (in both senses of the word): so what?

I'm not going to change myself to fit into the tiny confines of the mundane. As my grandma likes to say, "normal is a setting on dryer," not a label for people.

There are plenty of great people out there that are open, and willing to embrace my quirks regardless. It has taken me time to find them, and many of them are kinksters, but now that I know they're out there I'm happy with myself.

Big Plans Within My Executive Household

Financial independence is a spectrum, and our goal is to achieve abundance. Yet early retirement is not our plan: FI is only the start of something grand. 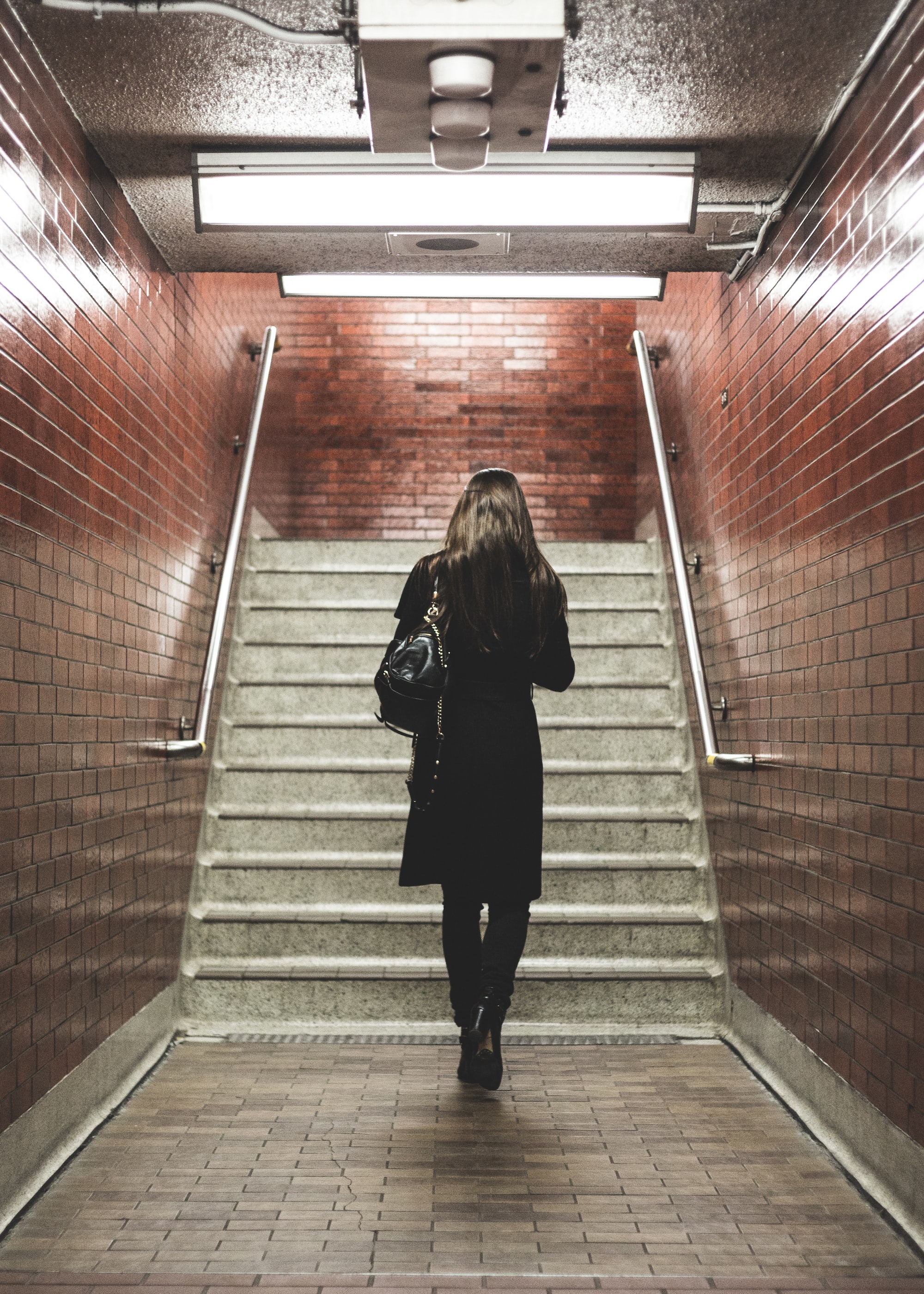