Challenges are a gift to be met with open arms. From adversity you nourish growth. Embedded in crises are lessons to be learned. Today we defeated a crisis, and I feel accomplished for having worked through it.

For context, my dearheart is an avid PC gamer. He had his tower custom built some seven years ago, which meant that it was due for an upgrade any day. That day arrived today with a package in the mail: his new graphics card.

It's important to understand that my dearheart's computer is his safe space. When he needs to cope with the chaos of life, he often retreats to his desk and settles into his computer. To be deprived of his computer risks putting my dearheart into a dark place where traumas can overwhelm him.

The crisis started when I did the upgrade, and put to use my hard-won tech skills. I opened up the case, pulled out the old card, inserted the new, and... nothing, it didn't boot up.

It was missing an extra cable for power. No big deal, right? We got one, plugged it in, and... nothing again!

At this point I tried to get the computer back into working order by re-installing the old graphics card. Then we had the heart-stopping moment of booting up the computer to find... nothing. Again!

At this point my dearheart was hysterical. Everything was back to its original state, so why wasn't it working? My mind raced through the possibilities, and my worst fear was that we'd somehow fried the motherboard with the new power cables.

I admitted defeat, as my limited technical knowledge was at its end. We took the computer into the local electronics store and begged assistance from the sole overworked technician there and his trainee.

Then followed a couple hand-wringing, tense hours of waiting and watching as the techs worked on the computer. It was much akin to sitting in the vet's office waiting for a pet to be operated on, I should think.

Eventually they got it up and running again! There turned out to be an issue with the RAM seating, which prevented the system from booting properly. There was also a problem with the seven-year-old power supply not being enough for the new graphics card.

With all the problems isolated and post-boot BIOS achieved, we were ready to package up the tower and head home! When we finally arrived at home and plugged everything back in, we hit the power button and... Nothin'. Whole lotta nothin'.

Thankfully it turned out to be just the RAM seating again, and now that I'd seen it once I could do the Volkswagen magic myself (AKA take it out, rub it, put it back in). That got us to the BIOS menu again, which subtly unveiled yet another hurdle.

The system couldn't find any boot disks. In fact, the solid state drives weren't connected at all, according to BIOS. I pulled out the tower again, and checked the SATA connections to the mother board. They looked good.

At this point the rollercoaster of emotion caught up with my dearheart and slammed him. I had to comfort him through the fears that his computer was broken. He also started to obsess over fixing it right now, whilst I advocated for taking things slow.

Then came a crucial confluence in our conversation. He asked me if I had checked all the connections to the hard drives, and I said that I didn't know. Latent knowledge itched in the back of my mind, something I had read earlier about hard drives needing power.

That latent knowledge coalesced into certainty when we peeled off the back of the tower again and checked the SATA connections on the SSDs themselves. Just beside the SATA cables were exposed connectors. The trainee had forgotten to plug in the SATA power strips when he had rebuilt the power system!

I connected the SSDs to the power supply, booted, and it managed to load the OS. Success!

Finally we had fixed all the problems and gotten the system to work again. It took two (unrelated) calls to the police, three trips to the electronics store, and several breakdowns from my dearheart. Yet we managed it!

The foremost aspect of crises is that to learn from them and grow, you need to hit that crucial sweet spot between being overwhelmed and under challenged. One person alone can't achieve world peace, for instance, and they would be crushed by that burden to try. Likewise you do not grow if you are not challenged enough, such as if you are just performing routine toil.

Growth also requires an impetus; you cannot simply stick a person in a dark sensory deprivation chamber and expect them to flourish like a mushroom. That's why crises are so useful, and they should not be wasted! They lend their urgency and consequences towards growth, and serve as that impetus for change.

In our upgrade process, I found several areas I could have done better. I also learned new technical skills, thanks to watching the technician and seeing more of the internals of the computer. One of the major areas of improvement was that I was throwing the towel in too early, and ready to hand off the problem instead of trying to learn more about what was wrong.

It's easy when you're faced with uncertainty to want to give up. It's difficult to tell whether you're near a breakthrough or not. You're left unsure of what to do, and paralysed therefore.

At work I've frequently run across this problem, and I usually give myself a reasonable time period to turn up a fix. For instance, I might dedicate an hour's search to a problem before escalating it to my team lead.

Make Sure to Never Waste a Crisis

Besides learning from crises, there's other uses you can turn a crisis towards. One of the prime examples is to make a change you wanted to do anyway, but didn't have the timing for.

This can be a classic such as "I had a health scare, so now I'm eating right and exercising." Or perhaps there is festering discontent with your romantic partner that comes to a head, which forces you to create new solutions to soothe things over.

That said, there is a dark side of never wasting a crisis: predation and exploitative power dynamics. Price-gouging is the prime example of this, where sellers take advantage of scarce supplies to make money hand over fist. In their greed they blithely ignore all the harm and stress they place on people, reasoning that because people pay it, it is reasonable.

Sadly I have seen my employer taking advantage of crises in a greedy manner. With pandemic lockdowns in effect, my employer suspended benefits for employees during the initial uncertainty. Once quarterly reports were released and showed that profits remained high, they did not reinstate those benefits. Since we were all coping without the benefits, why should they?

Then my employer began shutting down small offices, essentially forcing all of my sphere of influence into full time remote status. They used the pandemic to unload a lot of expenses in the form of commercial real estate, but in the process they've burdened us workers with the need for a home office.

Crisis are an inevitable gift that life gives us, whether we like it or not. Rather than flee them, we should embrace them and triumph over them. We may fail at these tests, but it is better to fail than to never try at all – most especially because learning comes with failures.

In truth crises are yet another aspect of the process of becoming. They compel you to re-examine yourself, your assumptions, and your responses. You should never let a good crisis go to waste. 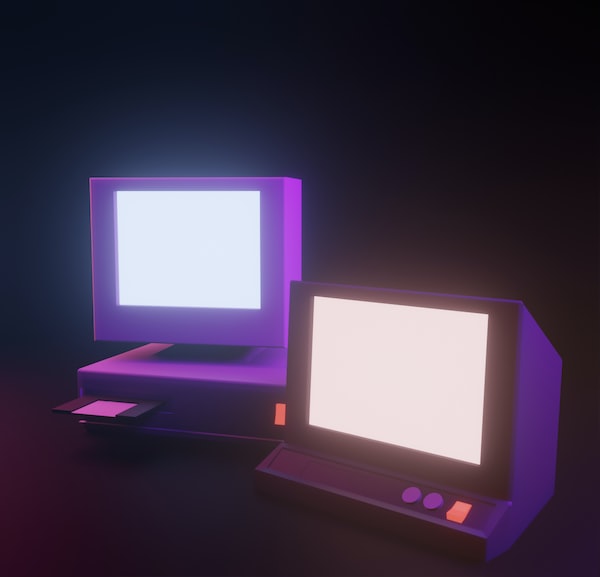