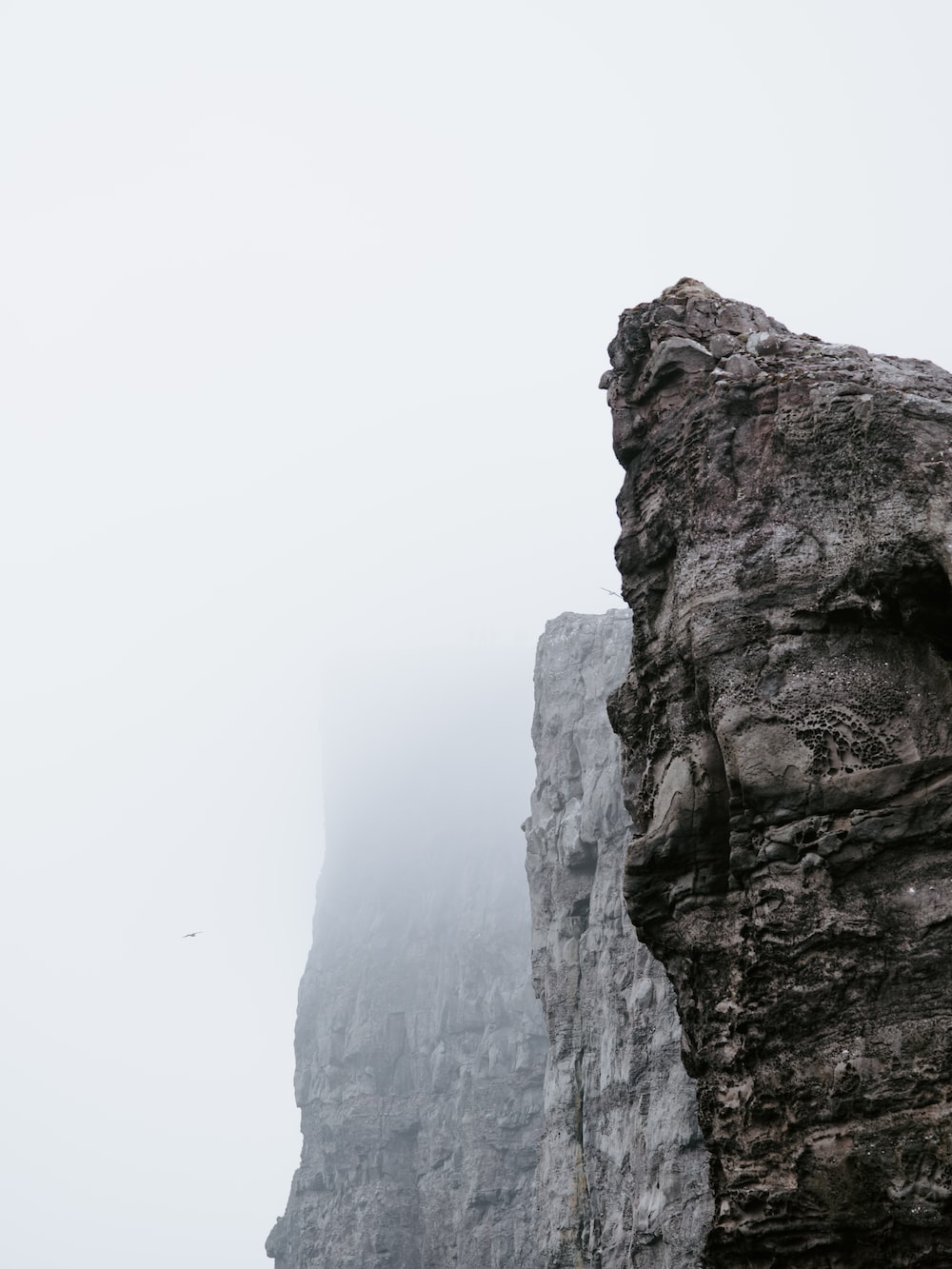 Soundscapes swelled as I rounded the bend in the road. The coastal cliffs ahead were shrouded in fog. The dying light of the sun tipped the waves in gold. My music of choice for the evening drive was the perfect layering of ambience and rising energy.

I love the natural beauty of coastal California. It's a great place to attend university.

Last night was the first time I had made that commute in some long years. I've finally returned to school after a long absence, this time in continuing education.

As I listened to my music on the way back home, I had plenty of time to reflect back on the past few years of chaos and education.

First, I had forgotten how beautiful the drive was, but some memories came rushing back: driving through the rain late at night as lightning flashed over the ocean; solitude on the midnight roads after getting out of the lab; listening to my books every day on the ride home.

There are harsher memories too, just as vivid. Being terrified as a semi truck released its brakes and rolled backwards toward my car. Seeing several crashes a week, until one day my tires shredded on the freeway and I was the one sitting on the side of the road. Driving was the most dangerous thing I did every day.

Or worse still, I have vivid memories of weeping every night for weeks in the car on the drive home, after my dear friend died.

How I Last Left University

It started with family business rearing up and demanding some of my scant and precious time. I had both a part-time job in tech and full-time university in a prestigious engineering college, so adding in yet another responsibility was too much.

The long hours of commuting, not seeing my dearheart as he worked graveyard shift, and trying to cram in work and responsibilities in between lectures and homework? It's no wonder things slipped.

Thus I failed a class for the first time since I started college. Mistakes and failures happen, even to me.

I retook the failed class, but then during finals season I found out that two of my friends died. One was a close friend who stopped responding one day, until his brother reached out to me to share the news.

Despite the grief and pressure, despite the couple of nervous breakdowns, I still soldiered on through summer school.

Yet at the end of summer, I was so broken down that I needed to do something. I checked myself into the student health services and found myself a therapist.

This turned out to be a turn of good luck. Not only did my therapist help me process my grief, but they got me diagnosed and medicated for my neurodivergence.

Finding Out That I'm Neurodivergent Aided My Return to School

From the beginning of my college education, I knew there was something going on with my head that was different. Yet I was taught not to self-diagnose, and for a long time I let it slide to the wayside as an unimportant oddity for later contemplation.

After all, I was high functioning despite my neurodivergent burden. Why spend time chasing down the oddity if I was already doing well?

Then came my nervous breakdowns over school and grief, which prompted me to get diagnosed.

I'm one of the lucky few that respond well to medication. My burden is minimal as long as I remember to take my meds – or as long as my doctor prescribes them, since the US' healthcare system doesn't allow stockpiling medicine.

With my meds I am better balanced and able to focus on my daily tasks. I'm more productive since I started them, and feel consistently better. I can even sleep most nights now!

Looking back on this crest of productivity, I decided that it was time to lay the groundwork to quit my tech day job to return to university.

If not for my meds, I would not have even considered going back to school until after I hit FI.

Then Covid-19 Destroyed My Plans (For the Better)

There's a saying in my family we live by: "Plans change, planning is essential."

I had gone so far as petitioning to be admitted back in and enrolling in classes for university when Covid-19 hit. For a while I thought that I would return to school anyway, but then I was offered a substantial raise at work.

Most importantly, Covid-19 closed my office permanently and obliterated my daily commute. I became a fully remote worker practically overnight.

Circumstances changed, so the plan changed. I decided to stick with the golden handcuffs and skip school for a little longer.

Despite upsetting my plans for returning to school, this was yet another boost to my quality of life. It was yet another turn of good fortune wrapped in an unpleasant package.

Instead of burning myself out with hours of commuting every day, I got that time back for regular exercise. Now I have daily walks, weightlifting, and good food.

I Don't Want to Work in Tech Forever

Every year I go through a phase where I'm reminded that I don't want to be a tech worker. Hence why I'm pursuing financial independence – I have big plans that don't align with staying in tech forever.

The tech industry is also prone to burning out its workers, and the best programmers I've known are those in the business side of it without tech degrees. The ones who escaped the grind of being a code monkey.

I also have qualms about the intellectual property gold rush that is going on with tech companies. There's huge amounts of speculator investment money fuelling the ridiculous wages of tech workers – even ventures that make no sense.

In time the money will dry up, and many of these tech companies will flounder with dwindling cash runways.

I particularly see most software productivity apps as being culprits in this space. Tools that make it easier to build software? Most of the time it's not improving operational efficiency, it's just injecting another dependency in the software development process. Just another company trying to get their slice of annual recurring revenue.

There's a lot of unknowns in tech still, uncertainty over what works and what is a waste of resources. There's few objective measures of success. Being a tech worker is strange sometimes.

Ultimately, I want to be a real engineer.

I wish to build things, design things, and affect the real world in material ways. I wish to have results that last more than a few years. I wish to be knowledgeable and capable. I no longer wish to rely on the wild west of software design where "move fast and break things" is the status quo.

I want to work in a field that is established, where safety is paramount.

Real engineering is the driving thought that prompted me to finally return to university last night as a continuing education student.

I'm the Only Non-Dude in Class... Again

Last night I took a good look around at my classmates. All of them are young men. Back when I was last in school there was something like 7% women in my engineering lectures.

The ratios are abyssal. I'm the only non-dude in class, again. It's an isolating experience, especially being so much older than all my classmates – who are ostensibly my peers.

Part of my troubles the last time I was in school was due to that isolation. I had few people around I could connect deeply with, since my dearheart was either asleep or gone when I was home.

It is hard for me to relate to my peers, because to my eyes they're practically kids. Young, inexperienced, and with few common values that I share. It's also difficult to find the fellow queers amongst the crowd.

This time around I suppose I need to make an effort to connect better with my peers, despite that commonality gap.

I'm Out of Mental Shape!

Another alarming reflection that hit me during class was that I've fallen out of practise of engineering. I've been working for so long, I forgot what academics are like.

Thankfully there are wonderful resources like the non-profit Khan Academy to remedy my rusty skill set.

I'm a believer in regular mental exercise, to go along with regular physical exercise. That's why I always have projects on the side to work on, often coding or maths based. Or both, in the case of my personal finances system that uses categories to track cash flow.

"Practise makes permanent," after all. My whole life is about acquiring and maintaining the skills with which I can do great things.

I'm Optimistic About My Future Again

Despite how saturated I'm feeling, I'm riding the wave of euphoria and believe that this is a season of growth rather than the path to ruin. I even recently tweeted as much:

This time around I have medication for my neurodivergence. I have a lot less pressure on me in terms of school workload. My work is accommodating. And I'm better supported by my house-spouse dearheart:

I feel as though this is the start of something grand again. I'm feeling a new zeal for challenges that I've missed the past few years. 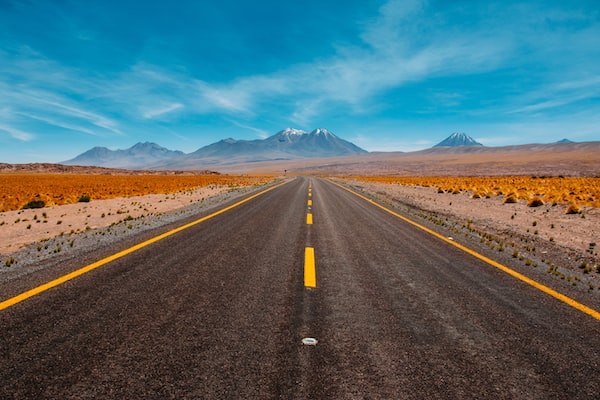 This month, I successfully survived a cross-US car move that took over 65 hours of driving. My dear lady has now officially joined my household! 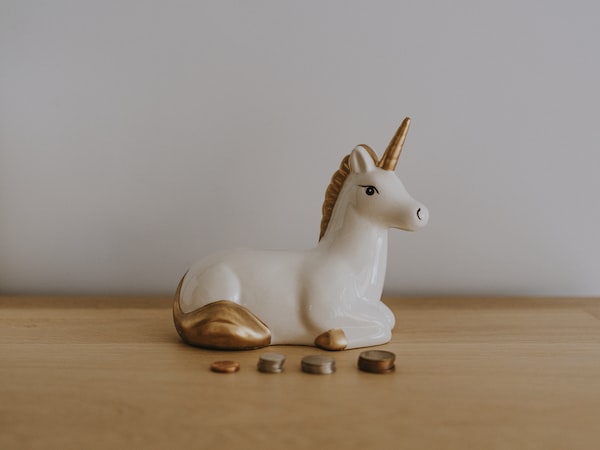 I Saw Some Unicorn Hunters, and Other Events This Month

I met some unicorn hunters at a kink social, I'm arranging a cross-country move for my dear lady, not to mention my side projects, and more! 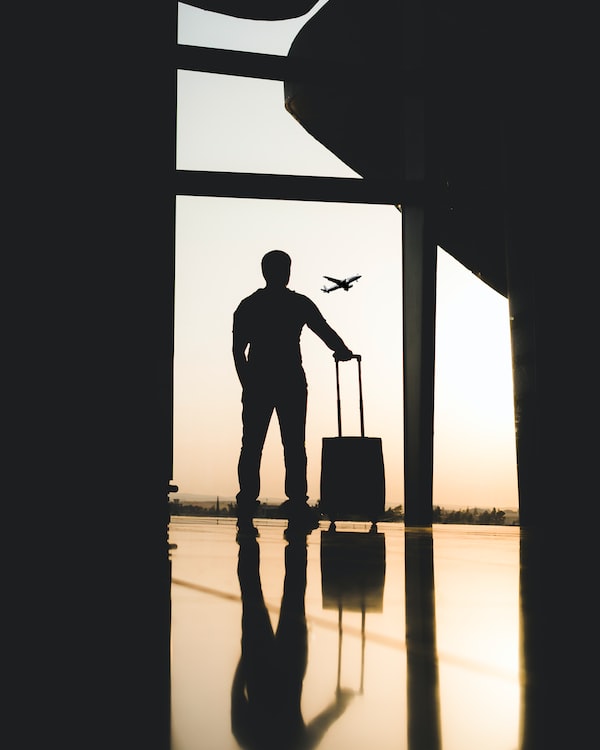 Carrying On My Life Amid Uncertainty

Since my last journal entry, I've travelled across the US to be with my dear lady. I'm also facing down uncertainties in life as best I may.