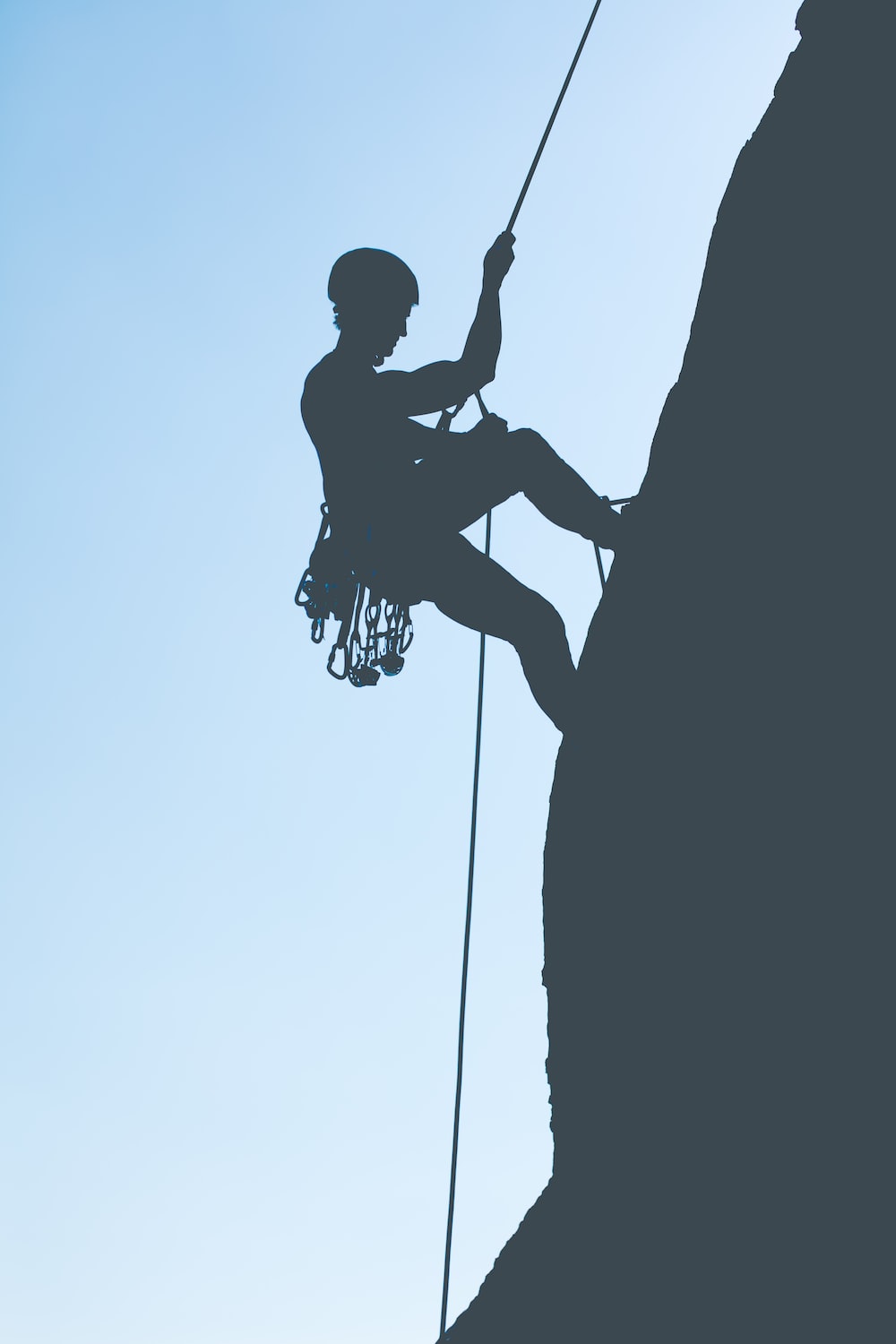 If you rely on something, it's not enough to have only one of it. You need redundancy to be resilient. How can we apply redundancy to our lives?

First of all, many people will get hung up on the idea that redundancy is desirable. After all, the corporate euphemism for cutting out employees is "making them redundant." It implies that you have nothing special to offer, and it can be hard to disentangle those emotional connotations from the word.

In the rescue world, though? Redundancy is the name of the game. You don't pin lives to trusting in just one rope to hold people – you put two separate rope systems into place. Likewise, you don't just send one responder into a situation – you send two, so that they can help each other if something goes wrong.

Which gives rise to the titular saying: "Two is one, and one is none."

That is to say: having only one of something is risky, because sometimes it is as bad as having none at all. You instead go for two as the minimum, for redundancy's sake, so that if one has a problem the second is still there to help.

Redundancy does not mean duplicates

A crucial point of redundancy is that duplicates can often fail in the same exact way. It's therefore important to instead have different methods of achieving the same capability.

What does this mean concretely? Pick things that are just different enough that by pairing them together, they'll work in almost any circumstance.

For instance, having two credit cards is an example of duplication. It's more resilient than having only one. Yet if one fails, then there is a high risk of the other one failing in the same way.

Duplicate credit cards may fail if lenders recall all their credit at once. You end up with both credit cards useless when you need them most.

If you instead go for a more diverse redundancy, you could end up with a credit card and a line of credit (such as a Home Equity Line Of Credit). The odds of both being recalled at the same time is lower than if they were the same class of credit.

Another example is that you might have both a bike and a car for getting around town. Or you may live somewhere with both propane and electric stoves. They work in different conditions through different modes, which is why they pair well together.

Don't put all your eggs in one basket

It's also important that redundancy is spread around among people. What good is having two car keys if you keep them in the same key ring? If you hand the spare to someone else, you'll be able to use the spare the rescue the main one if it gets locked in the car. Don't keep spares in the same place as the main ones!

Likewise you want to spread skills and knowledge out. This gives rise to the infamous bus factor. If you concentrate a significant amount of skills into one person, then you're in trouble if that person is out sick or goes on a several-month sabbatical. They become a single point of failure.

For example, having a small fleet of cars in your family is only helpful if you have people to drive them. If only one person has a driver's license, that's a concern. Who drives to pick up the only driver?

If only one person knows how your water lines work on your property, then you're at risk of that knowledge being temporarily lost if they go away. It can take significant amounts of work to replicate that knowledge, so why not take advantage of that expert being around to spread the knowledge amongst others?

Of course, sharing knowledge helps in a lot of situations. Workplaces, families, communities, and even just individual projects.

With a bit of lateral thinking, you might start with the premise of "have different ways of doing the same thing" and end up at "have the same tools do different things."

Commonly going hand-in-hand with redundancy is the idea that you want to have as many capabilities as feasible. You don't want to just cook rice, you want to cook rice and pressure cook beans and more. The "and" is the key part there.

Alton Brown has a name for tools in the kitchen that only do a single task: unitaskers. They're the opposite of multi-capable tools. This is stuff like orange peelers, fire extinguishers, grapefruit spoons, and avocado slicers. Alton Brown often mocks (rightly so) unitaskers for their overly narrow purpose that makes them inefficient uses of space.

Multi-capable tools are great to keep around to round out what you can do. Having a computer with internet access is one of the most clear-cut examples, speaking as an autodidact. It affords you access to information, the ability to manage your money remotely, entertainment, and even employment if you are e.g. a programmer or work in digital media.

Cars are a more interesting example, however. My dearheart drives a subcompact, a two-seater car that is great for day trips and urban environments. However, it seriously lacks storage space. To round out our family's capability, I complement his car by driving a vehicle with much more cargo and passenger space.

Between the pair of cars, we can approach many different logistics situations and handle them smoothly – especially during our moves between homes, or when planning weekend-long trips to other cities.

If something is important, don't let there be only one of it. Make sure you have options in case circumstances bring it to fail.

At the core of it, that's what financial independence is all about: resilience and redundancy of incomes so that you can make your day job negotiable. If you have enough income from passive investments to make your employment income redundant, you're in a good spot!

In our case we have chosen to pursue the multiple-income, no kids lifestyle, which is a great way of embodying redundancy. We're spreading out the responsibility of earning income between my dearheart and myself, as well as trying to find multiple sources of individual incomes.

Remember: "two is one, and one is none." 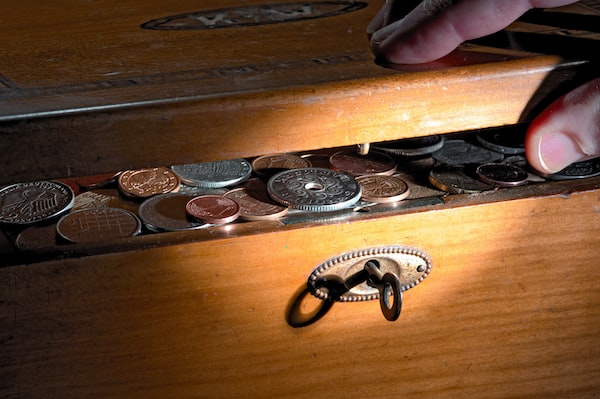 Run Your Life as a Business

The War Chest and Taxable Accounts

The war chest is a business tool for handling rapid shifts. As I have the potential for immense income, I focus on my war chest instead of an emergency fund. 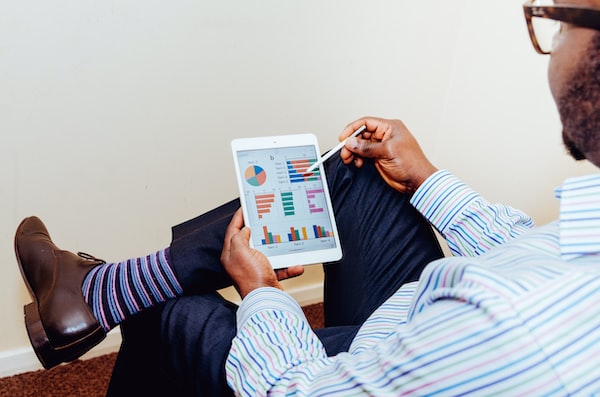 Run Your Life as a Business - Strategy

In life there are things you control, things you can influence, and then the morass of everything else beyond your control that just happens. When unbridled chaos inevitably tumbles into the forefront of your life, it's tempting to surrender to it – to let it "just happen." 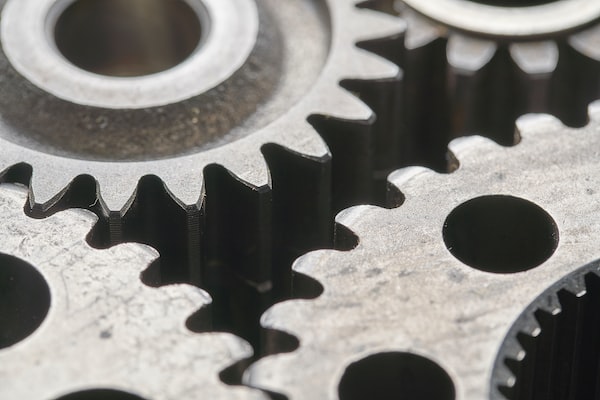 Run Your Life as a Business

Everything Has a Life Cycle: a Lesson from Engineering

There is more to equipment than just its operation. You need to consider its acquisition, installation, maintenance, and disposal as well.