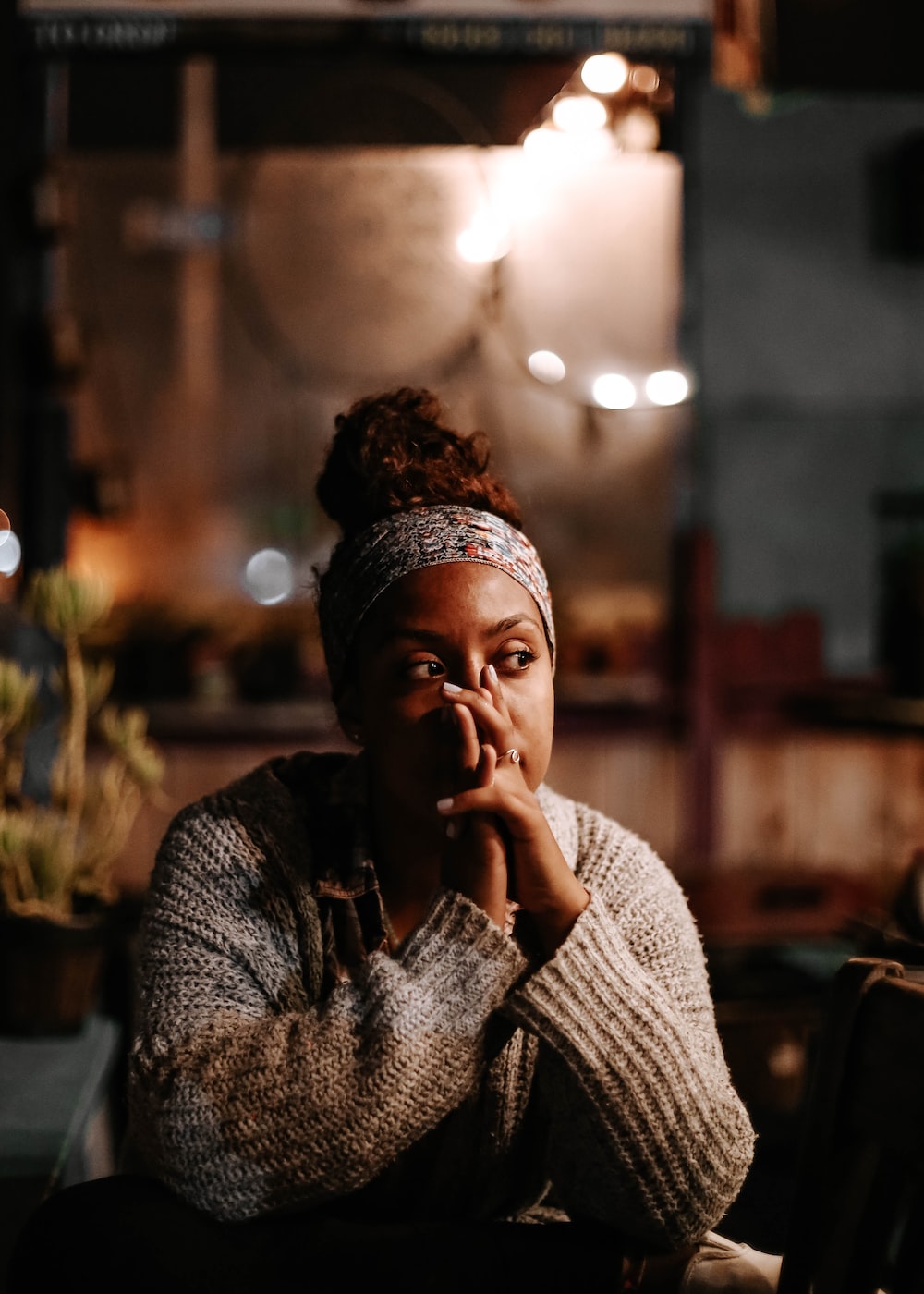 Comp het is a precursor to heteronormativity. It's about society's prescribed orientation, with heterosexuality assumed to be the norm and forced on people. It leads to people treating mixed-gender intimacy as either sexual or romantic. It leads to the classic question: "Can a man and a woman ever really just be friends?"

I hope that question doesn't make you scream inside. If we're familiar with even a little bit of queerdom we should know that we can have meaningful intimate relationships without sex or romance, regardless of gender. Connections can go far beyond mere romance!

Comp het understanding in particular circulates through lesbian circles, so it might do to start there.

What is Compulsory Heterosexuality?

Comphet is the way our heteronormative culture forces heterosexuality on us. It's also not natural; rather, it's a prescriptive feature of our culture.

It might help to describe some of the effects of comphet:

It's the overly narrow expectations we're given as children that we'll grow up to get married to someone of the opposite (binary) gender, have children, and divide family labour in gendered ways.

It's the way jealous romantic partners are suspicious of friendships with opposite genders. It's the way we're taught to view ourselves as straight, even when we're not actually straight.

It's the way that gays, lesbians, and bisexuals are forced into confines that don't suit their authentic selves. There is lost time and emotional damage done before they discover their identity.

Comp het is the way people are led mistakenly into sex they don't want, or into rigid relationship roles they don't subscribe to.

It's also the way that we mistake our feelings for someone of the opposite sex as romantic or sexual, when really there's more nuances and types of connections than just those two.

There's a reason why comp het exists: it benefits heteronormative people, who've historically been dominant in culture. Comp het means that straight people don't need to struggle to sort out their sexuality, or gender, or romantic feelings. It's simply prescribed for them. All the damage to the rest of us is just a byproduct.

In short, comp het is about straight privilege. Us queers use comp het as shorthand to describe the particular types of damages we face because of it.

For instance, for a woman to know that she's attracted to women but thinking that's "normal feelings" for straight women that should be suppressed, and she therefore never pursues those relationships. That's comp het at work.

A lesbian might settle for men because that's what she's been told all her life she should want, even though she finds the experience unpleasant.

Asexual people can be labelled "confused" over their lack of attraction, since the default is that they should experience some. Sometimes they even internalise it and describe themselves as confused.

Comp het also comes as gay/bisexual men fearing violence if they express themselves authentically, or putting themselves down as deviants or perverts.

Comphet may be seen as the precursor to heteronormativity, but comphet definitely shows its age. Adrienne Rich helped bring comphet into popular use with her 1980s essay "Compulsory Heterosexuality and Lesbian Existence," but she's an old school TERF who upholds bioessentialism – the belief that sex organs dictate gender.

If you break down the word, it's "heterosexual normativity" which means that straightness is assumed to be "normal."

In brief, heteronormativity is the system under which binary gender is assumed, along with heterosexuality being the default state. Under this system, queers are viewed as aberrations and abnormal, which is often justification for "othering" queers.

For more writing of mine that touches upon othering, I call to your attention this post:

In summary, othering is where you label people as outsiders of your group. This is especially problematic for a dominant (straight!) group to do to minorities. It often dehumanises the others, which justifies abusing them.

Taken together, these two systems of heteronormativity and cisnormativity unveil a bunch of cishet privilege. They exclude queer people, and serve as the basis for discrimination.

There's the big, obvious ones: same-sex marriage was a hotly contested issue for years despite majority approval. It's still a capital crime to even exist as a trans person in some countries. Queer panic is still a legal issue in some states.

Then there's doctors that ask if you're sexually active, and then continue on to assume that you're engaging in heterosexual intercourse – as if being queer isn't a thing. There's sex store attendants that assume that a man has a penis for cockrings, even though he's trans.

There's countless little reminders that grate on queer people. Like asking a woman "Do you have a boyfriend?" instead of the gender-inclusive "Are you seeing anyone?" Or gendered titles on letters such as Mr. or Ms. or Mrs. to a genderqueer person who goes by none of those.

Those little reminders add up over time, and make you feel unwelcome in circles where they happen most often. Which is tough when they're omnipresent. You're thus excluded by default from society.

Heteronormativity also leads to dangerous practises like conversion therapy, where they assume that anyone can become straight with sufficient torture and indoctrination.

After all, if straightness is the default state of society, it makes sense to them that anyone can become straight. Being queer is seen as "just a lifestyle choice" instead of as a core part of someone's identity.

I for one didn't choose to be queer. I was born this way, and I simply chose how to honour myself best.

For decades now we've had an understanding that compulsory heterosexuality damages the psyche of queers.

It makes us hesitant, makes us misinterpret our feelings, and makes us pursue relationships that bring us no joy. It makes us shy away from partnerships that would be joyous, makes us deny our identities, and it leads to stigmatisation and discrimination.

It's not hard for us to dream of a world without heteronormativity. To dream of ourselves without the damage caused by comp het. We hope for better days where queers that come after us do not need to face the same damages we did.

This has already began to happen in some places. For instance, I learned about the spectrum of sexuality as a teenager in California. Understanding came at an early enough age that I could accept myself and unlearn that ingrained comp het.

It's been a wonder to see the generations following mine turning out to be much more aware and healthy. I can't wait to see what wonderful diversity they bring into the garden of queerdom. 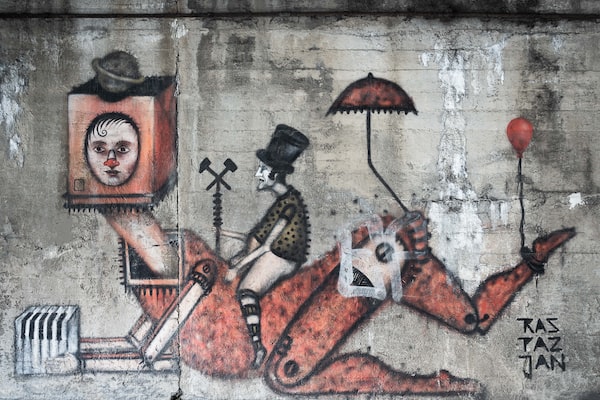 I'd Rather be a Weirdo Kinkster than a Mundane Person 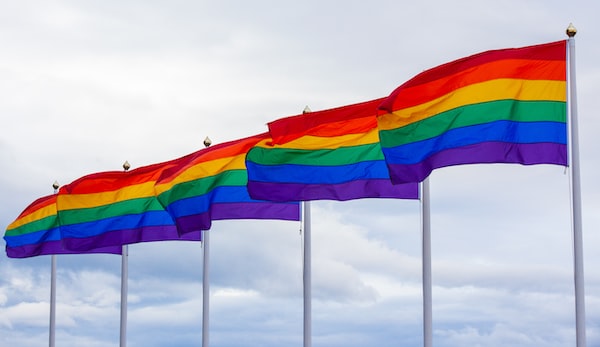 Love is Blind, but the Neighbours Aren't

At my core I still think of myself as a rural queer. It shaped my upbringing, and made me wary of neighbours.